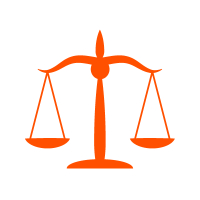 There is currently no official English translation of this new Thai law. In the literal English translation, the Thai law addresses “indecent and obscene material of children”, which is equivalent to the concept of “child pornography” referred to in the United Nation’s Convention on the Rights of the Child.

UNODC provides the following unofficial translation: “Child pornography” means materials or matter (1) that are understood as or depict sexual acts of a child or with a child who is not over the age of 18, through images, stories or in a manner that can be understood as pornographic (2), whether in the form of documents, drawings, illustrations, printed matter, pictures, advertised images, symbols, photographs, movies, audio tapes, video tapes, or any other similar manner. This definition shall include various materials and matter listed previously that can be stored in computer systems or other electronic equipment that can show understandable results.”

The word used in the Amendment Bill is “สิ่ง”, which translates into English as “thing”, “entity”, “article” and “matter”. During the drafting of the law, it has been stated that the reason why this particular word is used is to cover intangible items.
The word in the Amendment Bill is “ลามกอนาจาร” which translates into English as “pornographic”, “obscene” or “indecent”.